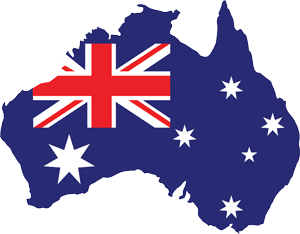 Reaching a point where it’s time to expand to new markets is an exciting time. Most entrepreneurs take it slow at first and usually expand to a market that’s nearby or speaks the same language and that makes good sense. What makes less sense is assuming that the new market that’s seemingly similar to your home market will respond in the same way to your product or to your branding and promotional materials. The difference between success and failure often lies in the details and a failure to localize your message to the language and culture of your new market can lead to your message missing it’s mark or, worse, offending your potential customers.

Australia can be fertile ground for Canadian, American or British brands looking to branch out. In this post we’ll explore how to localize Australian style.

Is what you think you know about your new market true?

Take the Australian beer market – if you lived in Canada, the US or the UK you might believe that Foster’s Lager is the quintessential Australian beer. It’s been sold with taglines like “Australian for Beer” and “Get some Australian in you”, so surely the stuff must be wildly popular down under. Not so. While the Foster’s Group does hold a significant share of the Australian beer market at around 43%, very little of those sales actually come from the Foster’s Lager product; less than 3% of the total market if the sales figures I found can be believed. Compare that to Fosters Lager being the second most popular beer in the UK and a more accurate tagline would be, “Foster’s Lager – very popular with the British!”

So what happened to truth in advertising?

Localization and a sophisticated understanding of their market. The various marketing campaigns around the world for Foster’s Lager are localized to their market and they’ve put some focus on ensuring they localize for Australia as well. In North America for example, Australians are perceived as a laid back, fun loving, carefree and a bit rugged with a peculiar love of cricket and rugby. In that context the marketing campaign for Foster’s Lager resonates. Back in Australia, the brand took a hit after an unfortunate campaign and rather than try to revive it the brewer has focused on those products that sell really well.

But what about those North Americans and Brits? Why are they buying into a slick marketing campaign? Well, some of the answer may lie in the years spent watching Paul Hogan as Crocodile Dundee and picturing Kangaroos bounding through the streets.

Some of that impression is true, but that’s really not all there is to Australia. The cultural tendency not to brag may be some of why Australia is better known for beer, UGG boots, Crocodile Dundee and surf wear than for the bionic ear, pacemakers, ultrasounds or the cervical cancer vaccine.  But try to sell to an Australian using that kind of caricature image and your message is more likely to be condescending or outright offensive than quirky or cute. You’d be much further ahead taking the time to localize for Australia and making sure you understand your market and what does, and doesn’t, work with them.

How to Localize Australian Style?

Well first, in our opinion, you need one or more Australians and the services of some expert help. It’s not enough to change out American English spellings for Australian English spellings, there’s a tone and cadence to the language that only a native speaker or someone with the training to recognize differences between Australian English and other types of English can help you reconcile. A qualified language localization specialist, like our team members here at Australianizers, can help you move past the basics of spelling differences to provide some cultural context and ensure your message hits a home run…. or should I say, scores a game winning try.