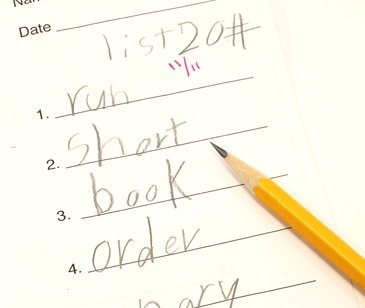 Really? As though English wasn’t hard enough with sentences like, “all the faith he had had had no effect“, we had to go ahead and spell things differently in different regions and countries? But yes, it’s true. There are significant spelling differences between US English and Australian English.

Spelling differences between American English and UK or Australian English are the most easily identified element of language localization… or should I say localisation? The Americans seem to favor the shorter version most times – often dropping a letter that to a British, Kiwi or Australian audience seems very necessary.

But why? Why would different forms of English adopt different spellings for the same words?

The answer is long and a bit complicated; too long and too complicated to cover in detail here but we will skim the surface because it’s all pretty interesting.

English is a historical language; by that we mean that the spellings reflect how the language was spoken in the past so, if you read old English carefully you can start to make sense of it phonetically. Struggling students will be gratified to know that at one point there was no standardized spelling and writers, what few were literate, just wrote how they thought it sounded. It wasn’t until the printing press that English began to take on standard spellings and even then there was some debate.

Through the years before that you’d have seen variations on different words; sometimes through common usage and sometimes the result of outside influence. The word ‘color’ actually predates the US by several centuries so how does a British English spelling of colour become color? Well, once upon a time the spelling color was competing with colur, culoure, coolor and possibly a few others for precedence. It was only when the Normans invaded English that the spelling colour was added to the mix because it was closer to the French. Fast forward to the language simplification projects of Noah Webster in Connecticut and his colleagues and you derive the simplified ‘color’ and the origins of a localized American English.

The Canadians, being a member of the Commonwealth and having a somewhat linguistically rebellious neighbor split the difference and consider multiple forms acceptable. To a British English speaker their seeming reluctance to pick a side probably just makes them seem difficult. The color of the counselling sign was blue. Infuriating really!

Interestingly, color is one of the few words that has universal acceptance in one area – coding or computer programming. The American English spelling of color is used in HTML and you may even see an Australian programmer slip and use it every once in a while…..

The same basic history of simplification creating differences between American and Australian or British English holds true for some of the other spelling differences but it does get more complicated the more you learn. Each of the differences in spelling has a few different influences; there’s even a theory that the reason the -yse/-yze divide is so pronounced in UK English now is that in spite of having at one point had both in common usage in England there was some push back against what was scene as the rise of the American spelling by doubling down on the -yse ending for words like analyze/analyse.

If you’re interested in learning more there are some fantastic internet resources out there that can help you fill in some of the blanks.

If you need some help navigating your Australian English localization project contact us or request a free quote and we’d be happy to help.